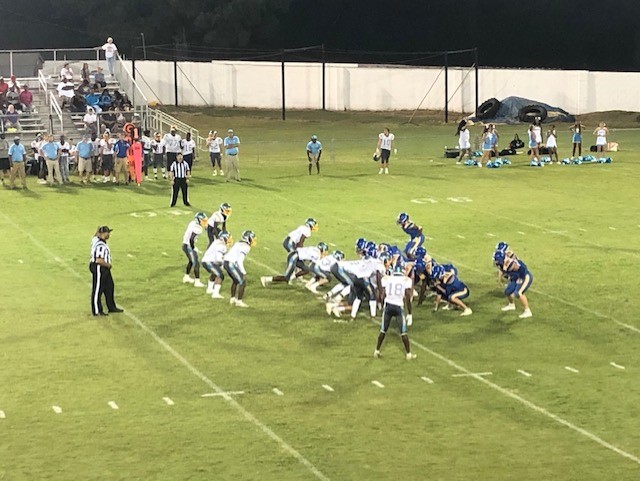 The Varsity Football team dropped a home game to Ridge Spring-Monetta by a score of 68-28. The Wolverines kept the game close in the 1st Half using their rushing attack. Late in the 2nd Quarter, Whitmire cut the Trojan lead to 32-22. However, the Wolverines were victimized by a long TD pass as the Half expired making the lead 38-22. The 2nd Half was not kind to the home team as the Trojans were able to get out in space and put up 30 points. The Wolverines did not stop playing and showed some moxey by scoring late to finish the scoring.
Whitmire was led by Chandler Crumley who rushed 24 times for 104 yards and 3 TDs and a 2-point conversion. Nate Stanley rushed 8 times for 45 yards including a TD and a 2-point conversion.
The Wolverines (1-2) will host North on Friday at 7:30. The Athletic Hall of Fame will induct three new members in a ceremony,